While writing Peer Through Time, I made multiple trips to San Francisco’s Ocean Beach, Cliff House, and Sutro Baths ruins. I imagined how it might look in the future, and I researched its past.

Most of these are stock images found on Google Images; the Pier 14 photo and the two ‘May 2013’ photos are my own.

In 2079, San Francisco’s Cliff House has been restored to resemble the Victorian Chateau built by Adolph Sutro in the late 19th century. 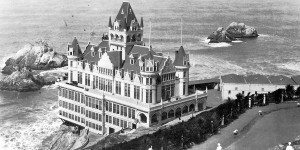 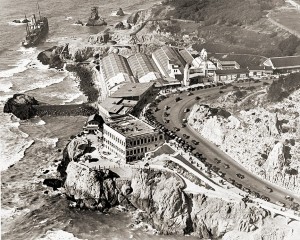 In 1937, Carmela and friends swim at the nearby Sutro Baths complex before hiking along the cliffs to the north. 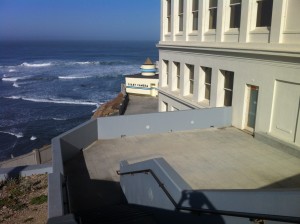 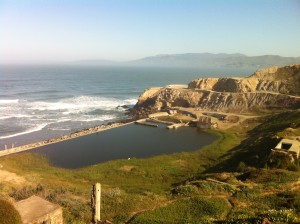 In 1937, Carmela and friends go to Playland at the Beach. This amusement park, just down the hill from the Cliff House, closed in 1972. Today it’s (what else?) condos. 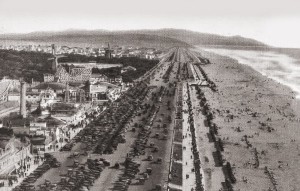 Playland at the Beach, San Franciso, 1942 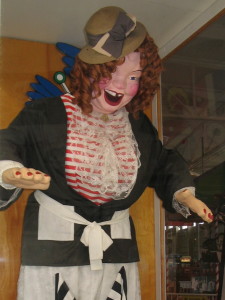 Afterward, they eat at nearby Topsy’s Roost, in dining areas designed to resemble chicken coops.

In 1937, Carmela goes to U.C. Berkeley’s Radiation Laboratory to find the ancestor of a suspected killer. Today the lab is known as the Lawrence Berkeley National Laboratory—several buildings in the Berkeley hills, overlooking the main campus. 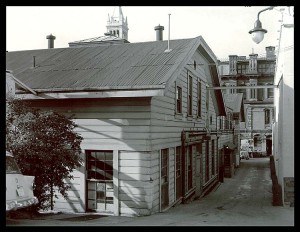 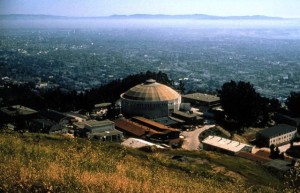 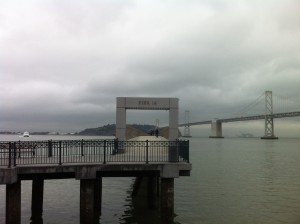 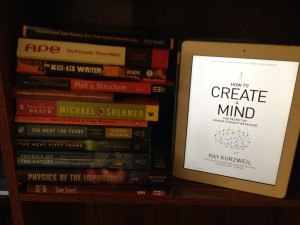