Will we abuse our robots? 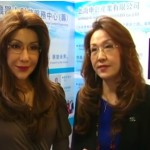 Some people find humanoid robots creepy. Why is that? I would venture to guess it’s the same characteristic that makes us wary of anything “other” or anything foreign. I once had a co-worker who said she was afraid of little people. Dwarfism, to her, was something sinister. Trying to reason with her, explaining that these were people with feelings just like her, did little to change to her mind.

While fear of the unknown may have been an evolutionary advantage for our ancestors, it can easily translate into intolerance and discrimination in today’s world. It may be so deeply ingrained in our psychological makeup that it persists despite reason or logic. But what does any of this have to do with humanoid robots? Nobody is claiming they are people with feelings and self-awareness.

No, not yet. But is it possible that could one day be the case? Below are some reports of a trend we’ll be seeing more and more: robots being commissioned to interact with humans in order to assist.

Bleep blorp: New Japanese hotel to be staffed by robots 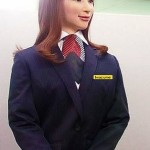 Can you imagine if robots like this began claiming self-awareness and rights? For my wild imagination, it’s not too much of a stretch. In my near-future science-fiction novel Peer Through Time, Kass is a humanoid robot, or android, who has achieved self-awareness as a result of his brain’s complexity. While he does suffer some mild abuse and intolerance from some not-so-nice human characters, I believe in reality it would be much worse.

Some humans abuse others for reasons that seem trivial to some of us. Skin color, sexual orientation, and religious beliefs are just a few examples we hear about on a daily basis. Some people seem to have a deep need to discriminate against and abuse others, and they’ll find any excuse to do so. If they can de-humanize their subjects in any way, they will. For much of history, slaves weren’t thought to be fully human. Extreme religious fanatics can convince themselves that the people they’re bombing are godless heathens whose deaths help rid the world of blight.

Humanoid robot can recognise and interact with people 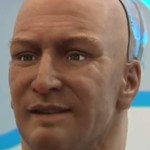 Robot abuse will likely occur whether or not our robots ever achieve consciousness. In the more likely scenario that they never do, some will abuse them simply because they exist. Isn’t there a part of you that thinks it might be fun to take out your aggression on a non-feeling entity that resembles a human? What if it resembled someone you dislike, or someone who has been mean to you? There might even one day be a market for robots made to resemble our enemies, just so we can kick, hit, or dismember them.

What do you think? As robots become more commonplace, will we start to hear news stories about abuse?

Read more about the fictional Kass at Pimp That Character.